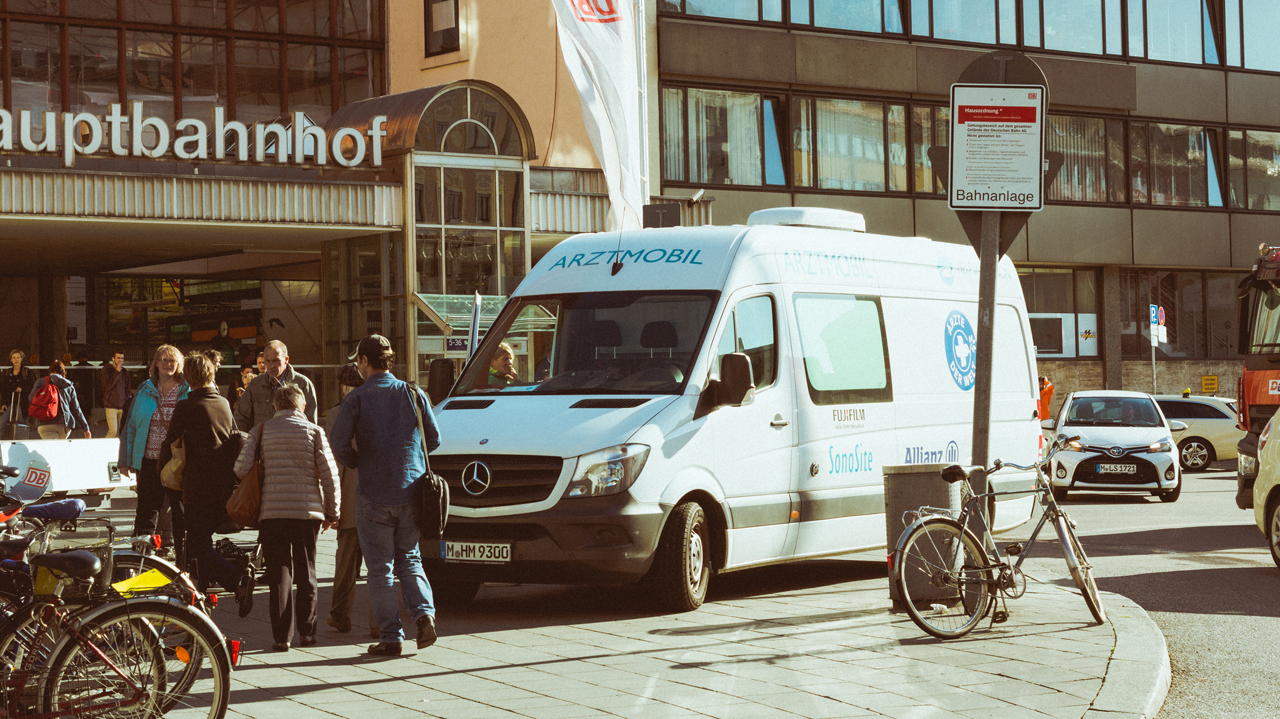 Theoretically everyone in Germany should have health insurance.

In reality, however, a remarkably large number of Germans do not have health insurance and for many this has been the case for years. The reasons for this situation are as diverse as people’s individual stories. According to official statistics, approximately 80,000 men, women and children are currently living without health insurance in Germany, and estimates put this figure far higher. Furthermore, certain groups of people who are technically insured – for example many homeless people – often have difficulty accessing the healthcare system. Many of these people are chronically ill, have not been to a dentist in years or are suffering from mental problems.

For over a decade now, Ärzte der Welt e.V. (the German member organisation of Doctors of the World) has therefore been offering free medical care and consultations to people in Germany with limited or no access to the healthcare system.

It is not only German citizens who benefit from this initiative. The service is available to everyone, regardless of their residency status or country of origin. On request, the service can be used anonymously.

Right from the start of the open.med project, Ärzte der Welt has attached great importance to patient documentation and to collecting both medical and social data.

This data is extremely important in order to provide patients with appropriate treatment and also to supply political decision makers with reliable statistics. Since 2014, Ärzte der Welt has been using a local database which serves as an electronic patient file. A team of volunteers set up the system and helped to maintain the database.

Due to the growing requirements placed on the system resulting from mobile and inpatient care and multiple locations, the database began to reach its limits. After searching for a simple and stable centralised administrative solution, Ärzte der Welt found two partners willing to offer support: the clinical research organisation GKM and us. Since July this year, the patient file has been made available via secuTrial®. We are pleased to be able to support this social cause by providing and maintaining the new database system. Volunteer doctors and medical assistants can now access their patients’ data more quickly and easily from wherever they are working. By migrating to our professional system, the security of patient data has also been improved.

← zurück
We use cookies on our website to give you the most relevant experience by remembering your preferences and repeat visits. By clicking “Accept All”, you consent to the use of ALL the cookies. However, you may visit "Cookie Settings" to provide a controlled consent.
Cookie SettingsAkzept all
Manage consent

This website uses cookies to improve your experience while you navigate through the website. Out of these, the cookies that are categorized as necessary are stored on your browser as they are essential for the working of basic functionalities of the website. We also use third-party cookies that help us analyze and understand how you use this website. These cookies will be stored in your browser only with your consent. You also have the option to opt-out of these cookies. But opting out of some of these cookies may affect your browsing experience.
Necessary immer aktiv
Necessary cookies are absolutely essential for the website to function properly. These cookies ensure basic functionalities and security features of the website, anonymously.
Functional
Functional cookies help to perform certain functionalities like sharing the content of the website on social media platforms, collect feedbacks, and other third-party features.
Analytics
Analytical cookies are used to understand how visitors interact with the website. These cookies help provide information on metrics the number of visitors, bounce rate, traffic source, etc.
SPEICHERN & AKZEPTIEREN
Unterstützt von